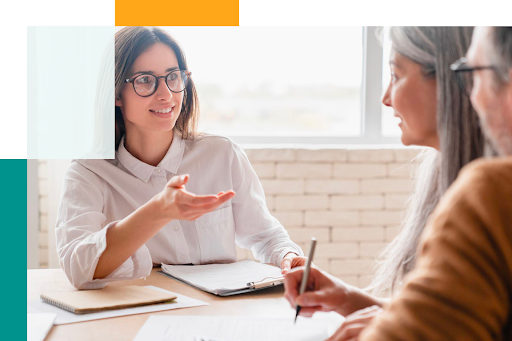 All About Commercial Mortgage Rates 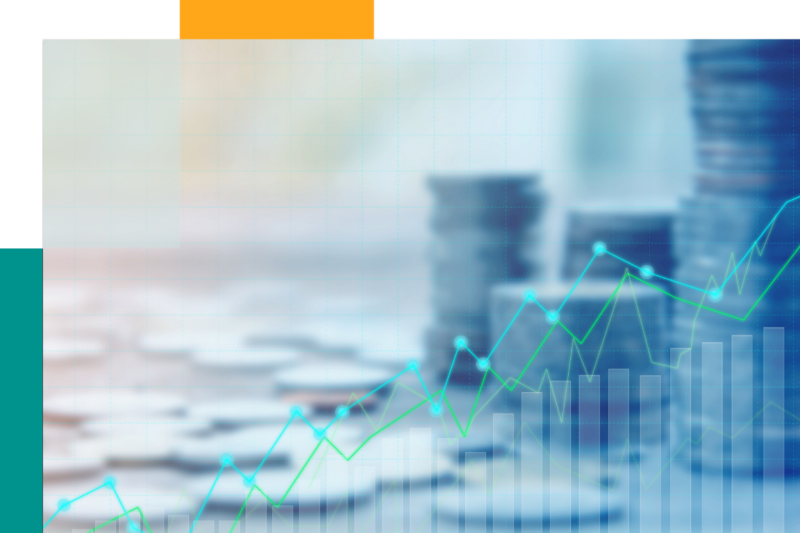 $1.2T Infrastructure Investment and Jobs Act: What it Means for CRE in 2022 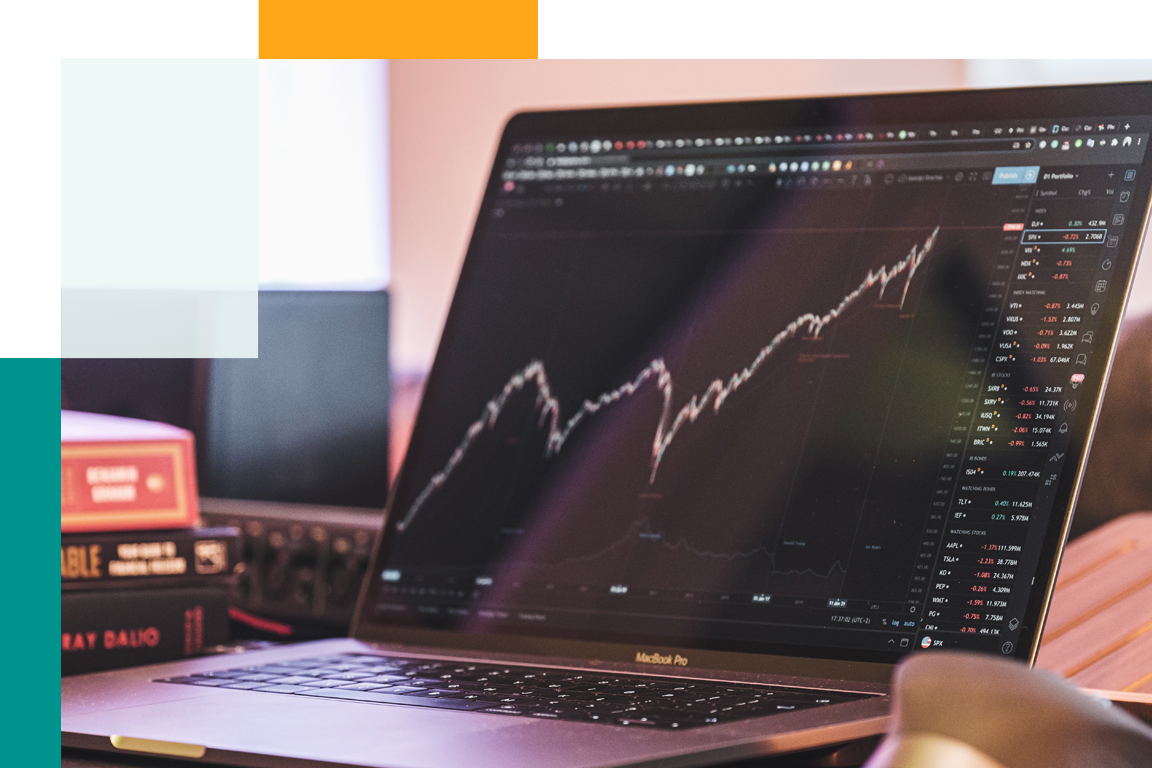 Measures to keep the economy from cratering were kept in force when the COVID-19 pandemic arrived. After nearly two years of coronavirus uncertainty, the Fed appears primed to raise interest rates progressively over the next year.  Toward the end of 2021, many experts said they expected the Fed to raise interest rates three times throughout 2022. But shortly after the new year, Goldman Sachs surprised market watchers at its prediction of the Fed raising interest rates four times over the next 12 months.

While the progressive nature of these potential rate increases is intended to soften the blow, as it were, there’s reason to believe commercial real estate will look substantially different one year from today.

How will these four rate hikes affect cap rates and interest rates, CRE loans, residential loans, and other types of loan programs? What challenges will they present to the commercial real estate loan marketplace?

Why the Fed Raising Interest Rates in 2022 Is Likely

The most pressing one is inflation. Recent consumer prices have risen more quickly than in nearly two generations. The 7.0% annual inflation rate in 2021 was the highest since 1981.

The pandemic had a seismic effect on employment across the world. Even though the US employment rate dropped to 3.9% recently, there haven’t been corresponding gains in payroll numbers.

The result is a far greater number of job openings than individuals seeking work. This overall slowdown affects all markets, especially the lending sector.

Cautious Optimism on the Pandemic

The coronavirus has proven incredibly difficult to get under control. Still, many experts hope it could become manageable if the pandemic doesn’t completely end.

Although the Omicron variant spread quickly and widely, its effects on vaccinated people are arguably less severe. While there may be even more mutations of the coronavirus in the future, some market forecasters think they’ll be less catastrophic and deadly than prior variants.

The Federal Reserve had been buying around $120 billion in bonds and mortgage-backed securities throughout the pandemic—$80 billion in Treasury bills and $40 billion in housing bonds.

These purchases had the effect they wanted: keeping financial markets healthy and turning around the stock market. As of January, the Feds have halved these bond buys and plan to end them entirely, possibly as soon as March. In turn, interest rates and cap rates will increase.

The Federal Reserve has been paying extremely close attention to minute movements in the economy since the COVID-related recession in 2020. Taking month-by-month views (rather than annual economic data) allowed them to take incremental steps in steering the economy toward sustained health.

While anything can change, there’s enough to support the cause for increasing interest rates. At the very least, the Feds have been forthcoming enough to give lenders (and borrowers) time to prepare for it. Undoubtedly, they’ll do the same now, especially keeping a tight watch on inflation and job numbers.

Still, the proposed scope of the pending rate hikes has taken many by surprise. The prospect of four such hikes by December 2022 has some commercial real estate lenders concerned about the possible fallout.

The Fed raising interest rates are never the only factor affecting the CRE market. Since rates have been at historic lows for several years, a few immediate, incremental hikes will not derail the industry. Many of the possible effects won’t have appreciable consequences in the short term, and some may not come to pass at all.

However, a few scenarios may play out that CRE lenders may want to look out for as the Fed prepares to step up interest rates shortly. They’re always worth monitoring, but you may opt to pay closer attention to them in 2022.

Potential Rush in CRE in Q1

The first interest rate increase is expected in March. Therefore, you might see a pickup in commercial real estate lending as prospective borrowers try to take advantage of current rates before the hike. More likely, the CRE industry will simply keep current levels of business since there’s still widespread interest in the market.

Some sectors of CRE (especially multifamily housing) will remain in demand no matter what. The brick-and-mortar business segment is expected to grow with the continuing need for customer fulfillment centers and smaller retail outlets. With the possibility of workers returning to physical workplaces at least some days of the week, the demand for space should fuel continued gains in the office market.

The first quarter tends to be a little busier in general, especially for net lease investors adjusting their allocations. There may be some added pressure to this Q1 before the Fed raises rates.

Refinancing Could Slow Down

With that being said, it’s almost certain higher interest rates will discourage some commercial enterprises from looking to refinance. The slowdown already started in the residential real estate market in the last quarter of 2021, and commercial real estate refi will likely follow suit to some extent.

However, there has never been more capital available to CRE borrowers than now. This is partly because of a pre-pandemic rush to set aside funds for “distressed” opportunities that were expected to arise but never did.

The money’s still sitting there waiting to be accessed by commercial real estate investors. Higher interest rates won’t be enough to deter these new opportunities.

One possible stumbling block that might arise in CRE projects is in profit margin. Typically, higher interest rates lead to higher construction materials and labor costs. When this happens, it’s more difficult for planners to scope out their projects, harming project timelines and impeding development.

But the fallout won’t strike all CRE sectors the same way. Industrial and multifamily property rents are still increasing in some markets, going up as much as 10% annually. Gradual interest rate hikes are not likely to grind those projects to a halt anytime soon.

Similarly, smaller projects—often lined up with short-term commercial loans—tend to have far shorter construction timelines than more extensive projects. It’s not likely such smaller-scoped projects will experience nearly as much impact as bigger, more expensive ones.

Many market watchers are most concerned about the effect of higher interest rates on capitalization rates.

The cap rate is a simple calculation that estimates the expected return on investment in a commercial property: its net operating income divided by its current market value. Of course, buyers are more interested in properties with higher cap rates (typically 4-10%) since their potential for generating revenue is possibly greater.

Cap rates could take a hit considering the looming prospect of higher interest rates. Potential CRE investors will need to spend more money to borrow, which may cause commercial property costs to increase as a result. The effects could cut into revenue and income generated from commercial properties. The cap rate would decrease, making properties less attractive to investors.

Limited cap rates may also lead to some discord between buyers and sellers as far as pricing is concerned. Historically, those in the debt market have driven aggressive valuations when interest rates rise. This can result in greater gaps in bid/ask spreads, confusing and restricting the market even more.

However, it’s far too soon to say whether cap rates will drive the divide between buyers and sellers in CRE. Specific CRE sectors in high demand are experiencing the opposite at the moment, including the housing and industrial segments. When the high cost to borrow causes property values to be adjusted lower, in such high-demand markets, the cap rate would actually increase.

Changes in cap rates also take much longer to unfold than the larger bond market. This phenomenon makes it difficult to project the immediate effect of higher interest rates on income revenue.

Anticipating just one interest rate increase is a little disquieting to anyone in the debt market. When industry watchers predict four such increases in the coming 12 months, overreactions can be loud and severe.

But it’s important to remember that an interest rate increase is just one factor in getting a loan. Elevated interest rates can’t drive the health of the CRE market all by itself. Many market sectors will remain in high demand, regardless of how much borrowers will pay to get funding with favorable loan terms.

The Fed raising interest rates four times in one year may raise some eyebrows but evaluating the CRE market needs a far broader view.

Get More from Finance Lobby

Our groundbreaking technology makes it easy for CRE lenders and borrowers to find each other and close successful, perfect-fit deals — a necessity in a changing market when you need to move quickly. Allow us to be your ​​close-rate boosting, time-saving lending solution.